There are so many Asian - inspired slot games out there, you might be wondering what sets this one apart. With excellent graphics, 3 different bonus rounds and mystery stacked reels, you'll find so many reasons to enjoy spinning these reels. Find out more about what sets this slot apart.

Thanks to a wide range of bonuses, wilds and extra features, you'll be ready to become one with the dragons when you spin the reels.

When you first start playing Dragon Spin, you might think that it's a typical 5x3 reel slot game. The symbols are bright and vibrant and there are some excellent sound effects to go with the great soundtrack. But the real excitement comes when you start finding the special features, which make the game truly feel like an exhilarating and unique experience. Plus, that's where you'll find the big wins.

Plenty of great payouts await across the 30 paylines in this rewarding Asian - inspired slot.

The green gemstone is the scatter bonus trigger. When it appears on reels 2, 3 and 4, you'll start the free spin bonus with 5 free spins, but this could be a very different experience depending on which modifier or dragon you get. Raining Wilds means between 3 and 10 wilds can land on the reels to give you bigger wins. We love Persisting Wilds, though, where you get 5 free games and, on each spin, anywhere from 1 to 7 wilds will be randomly added to the reels, where they remain sticky for the remainder of the bonus spins.

Reel Blast is one of the hardest bonuses to land, probably because of how lucrative it is. You'll get 5 free games with 3 sets of reels and 90 paylines. The reel blast center reels cover reels 2, 3 and 4, which means there are stacked symbols on each reel set, giving some big win opportunities. No matter which bonus you get, you're sure to get some excellent payouts and huge wins. 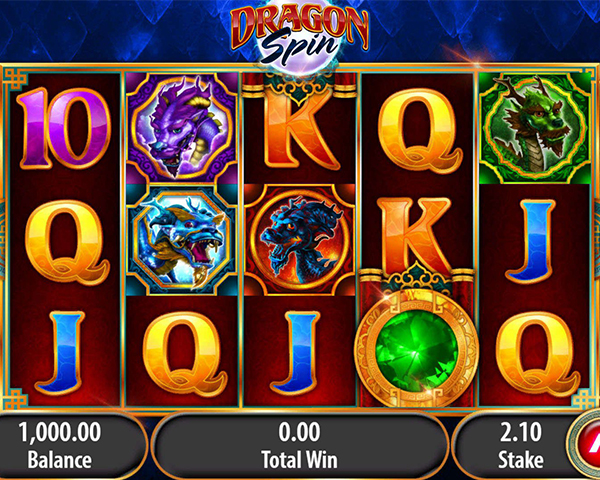 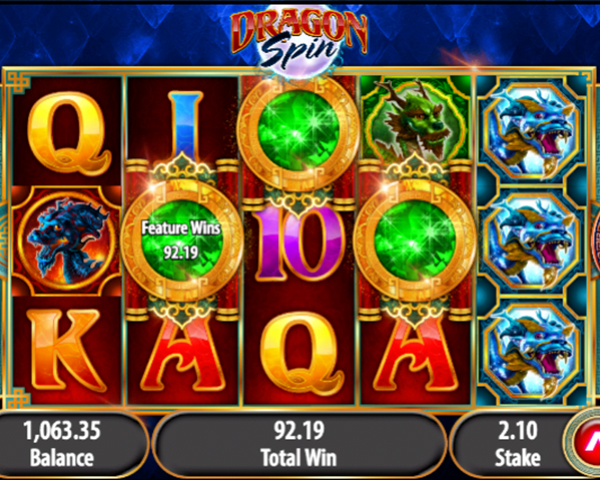 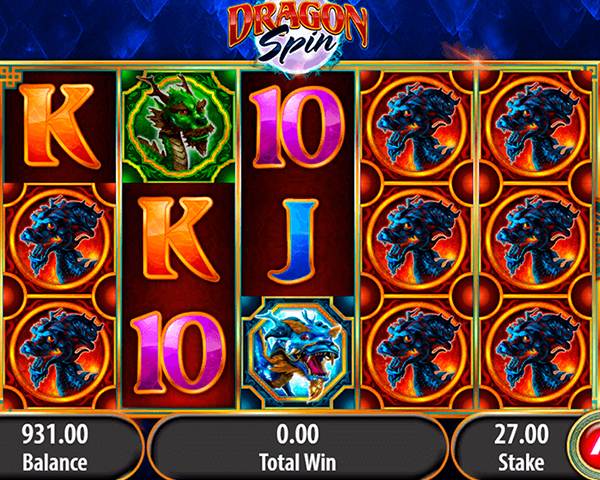 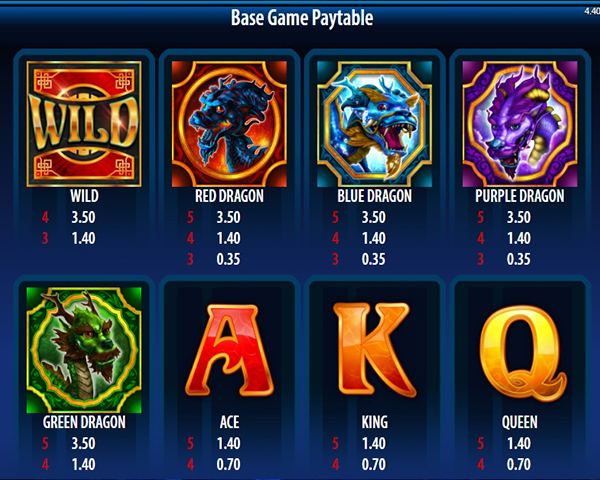 Where To Play Dragon Spin

This popular slot is available at a wide range of online casinos featuring the Bally library of games. When you play at a top - rated online casino, you'll be able to download the software to your computer or mobile, or play no download Dragon Spin instantly in your browser if you prefer. Either way, the gameplay and rewards are the same.

Whenever we prepare an online slot review, we consider a wide range of criteria. These elements can include:

Graphics & design: How do the soundtrack, graphics and animations work together to create an immersive and exciting experience?

Bonuses & extras: Spinning reels are always fun, but players like to find something extra. What does this game do to reward players with unique bonuses?

Volatility: Some games payout huge sums after numerous spins while others payout more regularly but at lower amounts.

Return to Player: As exciting and fun as slots can be, in the long run they will need to pay out at a consistent level. How much can you expect to win or lose with this game?

All the dragons pay out equally when you find them across the reels. Five-of-a-kind will give you a payout of $200 if you're betting the max. The rest of the low paying icons are also all equal, giving you $80 for five-of-a-kind. While this might not seem as varied a paytable as you're used to, at least it means that you don't have to be frustrated to see a jack on the reel instead of an ace. Thanks to the free spins adding additional wilds and stacked symbols, you're sure to find plenty of big payouts, maxing out at $250,000.

Dragon Spin has some truly excellent design elements, with stunning dragon symbols and a soundtrack that adds to the theme and vibe of the game without ever becoming annoying. We're not huge fans of the playing-card symbols padding the reels, especially as they are barely customized to fit the theme. That said, they do make it easier to spot the big wins when they appear.

You can wager anywhere from $0.30 to $120 per spin, making this a great game to play whether you like to play for pennies or you're more of a high roller. Dragon Spin is considered a low to medium volatility slot, which means that you'll probably win more often than you might experience with other games, but the actual payouts will be a bit lower than expected. That isn't to say that there aren't big wins to be found, but they are most likely going to occur during the bonus rounds.

When you play Dragon Spin on mobile, you'll get the ultimate freedom of playing on the go or at home with your smartphone or tablet. Spin the reels from the palm of your hand and win big when you like and where you choose. Play at one of our recommended online casinos and you'll be able to swap seamlessly from computer to mobile and back again, all with the same wallet and VIP progress.

Many players opt to use WiFi connections while out and about. This is a great option and can reduce any data charges, but just check that you aren't on an open WiFi network before making any deposits or withdrawals as the connection might be vulnerable to third parties or hackers.

This Dragon Spin slot review enumerates all the different elements that make this game exciting and rewarding, with easy gameplay and great payouts for slot fans with all bankrolls. If you're looking for some great free spins with unique modifiers, or you're just a fan of Asian - inspired slot games, this could become your new favorite game. Start playing at one of our recommended online casinos today and discover all the great winnings this slot has to offer.