Who cares that gorillas, tigers and the lady from the name of this game would all appear on different continents? This slot brings them all together and gives you huge wins as a result. This highly volatile slot game will surely keep you spinning the reels looking for more.

Survive the journey through the jungle and you'll find rewards beyond your wildest dreams when you spin the reels with Amazon Queen.

While this game might sometimes be called Queen of the Wild, we'll stick with Amazon Queen thanks to that stunning titular character. You'll journey through the jungle across the 5 reels of play, but you might be hard pressed to decide if you're really looking for the lady herself or the gorilla who is also hiding. That's because both icons offer incredible gameplay and rewards, and you'll be happy when either of them appear on the reels.

Find plenty of great wins along the 20 paylines of Amazon Queen.

Symbols from various continents come together in the jungle to bring you big rewards in this exhilarating game.

One of the best things about the game is the gorilla icon. These appear stacked on the reels and can pay out whether you match them from left to right or right to left. Winning in both directions gives so many extra chances and takes away any disappointment you might have otherwise felt when you see the stacked symbols fill the last reels. As the highest paying icon, this makes the gorilla a particularly lucrative discovery no matter where it lands.

Three or more Amazon Queen icons trigger the free spin bonus. There aren't any multipliers during the free spins, which is a bit disappointing, especially as landing just 3 icons can be rather frustrating and then getting 10 free spins might not be enough to recoup losses from the base game. But, if you manage to find 5 of the ladies across the reels, you'll trigger 100 free games, which will more than make up for any waiting time to get there. 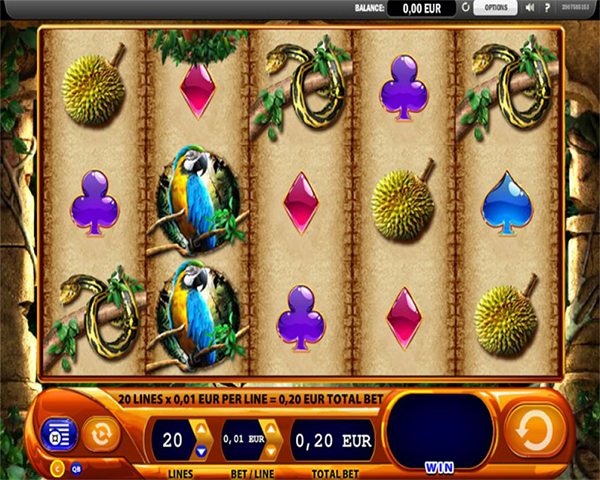 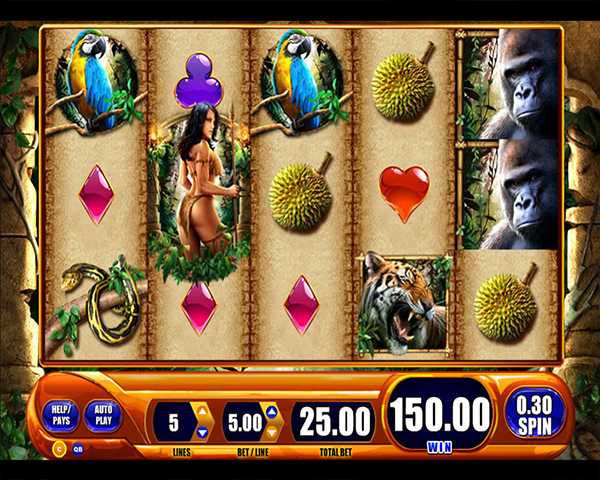 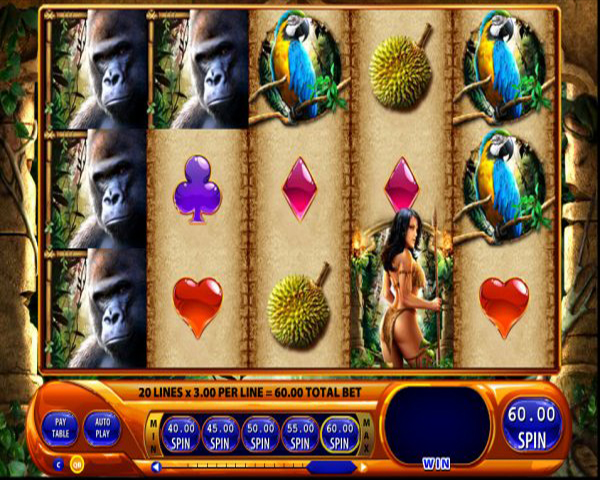 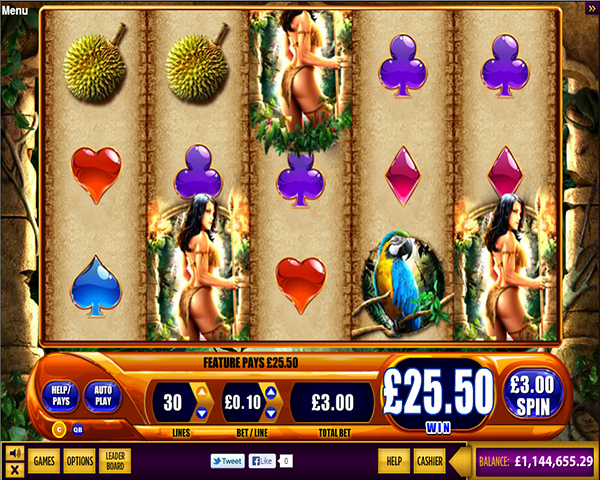 Where To Play Amazon Queen

A popular game, Amazon Queen can be found at a wide range of online casinos offering Scientific Games titles. When you find it at your casino of choice, you can decide if you want to download the software to your computer or mobile or play no download Amazon Queen instantly in your browser. Either way, the gameplay and experience is the same.

All our online slot reviews are based on a wide range of elements, which is why they're so detailed and unbiased. Some of these aspects include:

Graphics & design: How does the game look, sound and feel? Do the various elements combine to create an immersive and exhilarating experience.

Bonuses & extras: The spinning reels are fun, but players like to feel rewarded with something special. How does the game distinguish itself with bonuses and extras.

Coins & payouts: Is this a game for high rollers or will penny players also have fun? How much do you need to wager per spin? How much can you expect the game to payout.

Volatility: Some games payout infrequently with large amounts while others let you win often at smaller levels.

There isn't any progressive jackpot or set prize to play for. Instead, you'll just have to hope that the stacked gorilla icons or the Amazon Queen herself have huge rewards for you in the bonus games. There aren't any multipliers in the free spins, so the payouts you get used to in the base game continue during the free games. Just like during the base game, you'll be most excited to see the gorillas, with massive payouts available from left to right and right to left along the paylines.

Each of the unique icons of Amazon Queen look absolutely stunning. Whether you find the queen herself, the stacked gorillas or the stunning tigers, you'll be absolutely enthralled with how they look. We're disappointed to see the reels filled with playing - card suit symbols, though, especially when there were so many other jungle images that the designers could have used. But the soundtrack and effects more than make up for it, creating an immersive and exhilarating experience.

You can play for as little as $0.20 and as much as $60 per spin. While this might not appeal to the highest of high rollers, that's still a very good range that will meet most players' needs. five-of-a-kind of the gorillas will get you a massive $2,250 for the line, with the tiger and parrot each paying out $1,800 for five-of-a-kind. The next 3 icons pay out $1,200 for five-of-a-kind, making this a very lucrative, if volatile, slot game. It is good to realize that a high volatility slot pays out very well, but less frequently than some other games you might have played.

Venture to the jungle from the palm of your hand with your smartphone or tablet when you play Amazon Queen on mobile. Whether you like to play on the go or at home, you can search for the hidden lady and the winning gorillas when you like and where you choose. Spin the reels at your favorite online casino and you can easily swap from computer to mobile and back again, all while using the same wallet and VIP points.

Because of instant play and HTML5 technologies, you'll be able to play Amazon Queen on iOS, Android, Windows, Kindle Fire and BlackBerry smartphones and tablets. While the game should run on almost any modern device, you might find the best experiences on an Apple or an Android.

Amazon Queen is a very immersive experience, so it's worth the reminder that if you like to play on the go you should still be aware of your surroundings. While using WiFi is a great way to reduce any data usage that the game requires, it's best to check before making a deposit or withdrawal that you aren't using an open WiFi network as the connection might not be secure from third parties or hackers.

Amazon Queen is a high - quality and exhilarating slot game. High volatility combined with stacked symbols that can payout in both directions, as well as free spins, make this a unique and exciting online slot. Start playing at one of our recommended online casinos today and find the lucrative payouts waiting in the jungle.